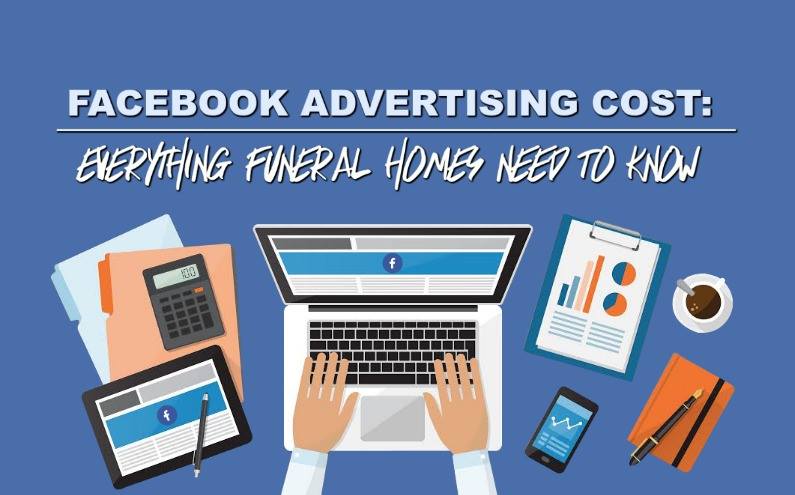 Fortunately, there are two things that can be said definitively about Facebook advertising cost:

When trying to project out your Facebook advertising cost, there are several factors you'll need to take into account. But first, it’s imperative to understand how the Facebook ad system works.

Much like Google Adwords, Facebook uses a very in-depth algorithm to determine how to show your ads and even which ads actually get shown. The main difference between these two digital paid ads platforms is that Facebook Ads costs much less when compared to similar Google Adwords campaigns. They can also be targeted much more specifically to a desired audience - like a mother of 3 who has an income of $150,000/yr and a Veteran father. Facebook ads can be targeted so so granular.

With Facebook ads, you have a totally unique opportunity. There are several things about them never before seen together:

Look, no one really likes seeing ads, right? So for Facebook to make the user experience valuable ads must be valuable to them as well. The main purposes of Facebook’s advertising platform are to:

Once an order has been placed, Facebook holds an “auction” for ads vying for space and attention. Money is not a large factor in deciding who ends up taking a coveted ad spot. This is both to be fair to those with small budgets, and to provide only the most relevant content to Facebook’s users. Facebook levels the playing field for all businesses. The auction also helps to serve the purpose of managing relatively little space against many bidders.

Facebook analyzes submitted ads according to three major factors, which are evaluated and scored:

The advertiser bid is how much you’re willing to spend for ads. Facebook uses this to determine how interested you are in showing your ad. Bids can be set manually or automatically, depending on your understanding of the Facebook advertising platform (for newbies automatic is the way to go and this is the default set by Facebook).

If you choose to bid automatically, Facebook decides the bid amount with the goal of using up your designated budget to get the best results. With manual bidding, you determine what you’re willing to pay per ad placement.

To achieve the best results, consider the following:

Ad quality and relevance refers to the perceived level of interest people have when they see your ad. Creative is the variable. Your creative has to provide value and make the user stop. I know it sounds crazy in a funeral environment to talk about creative - but it matters. Facebook ranks ads based on their relevancy scores, which can be viewed through the Facebook Ads Manager. The more relevant your add is the the better the add will preform. Interactions such as clicks and video playbacks can contribute to a higher score (scores range from 1-10 with 10 being the highest).

The estimated action rate refers to how likely users will address your specific call-to-action, which might include one of the following:

Ultimately, the highest total score on these combined factors gets the most favorable placement and pricing. Again, creative and your audience targeting are going to greatly impart your score.

The audience you choose will directly affect how much you’re paying for Facebook Ads. This, in part, will largely be affected by who else is targeting the audience you’re targeting. Knowing who your ideal customer is, is a major key to targeting the correct audience. Getting a granular as possible is key. For example, if you are advertising a cremation item from your sympathy store then you would want to target a user who has liked other pages related to cremation, shops online and has experienced a recent death. Targeting everyone within 10 miles of your funeral home between the ages of 18-65+ would not be a good idea.

Quality of Your Ad

The quality of your ad can send the cost of your ad skyrocketing or lower it dramatically. As if there wasn’t enough motivation to create a great ad so that users convert, we now have another incentive: it directly and obviously affects the cost of our ads.

There are multiple options for ad placement, and the corresponding Facebook advertising cost reflects each placement’s noted ability to get attention and convert.

Specifically, ad placement can occur as one of the following:

Facebook recommends including ad placements on Instagram and the Audience Network in order to fully optimize your ad spend. With both of these enabled, Facebook says you’ll be able to reach a larger audience at a lower cost.

If your ad isn’t optimized for your specific type of result, Facebook might not show your ad to people who are most likely to act on it. You might end up paying more for the results.

Facebook helps you with ad delivery optimization by showing it to people who they think will likely take action based on your specific call to action.

There are different types of bidding options, or ways you can pay for ads. These include:

You may be wondering how to go about setting a Facebook ad budget for your funeral home or cremation company. But instead of thinking in terms of dollars, you really should be asking yourself and your team, “What do we want to achieve?” - what is you main objective or goal you would like to achieve through Facebook advertising?

Make sure to set goals that are both measurable and timely. Specifically, decide if you want to:

Next, consider your current Facebook presence. If you don't have one or it is very minimal, trying to drive leads right off the bat isn't going to work. It will be easier to create conversions if you already have a larger, engaged Facebook audience. Building a community is better in the long run.

Ultimately, the best way to set a budget comes from testing and refining ads, then examining the results to build a budget based on your findings. Or, you can always work with a company dedicated to the funeral profession who already has all the data, studied it and has refined the ads.

Facebook Ads are the most cost-effective way on Mother Earth to get your message through to your community, and its targeting functionality makes it truly unique compared to its closest competitors. At its root, Facebook advertising cost is determined by three factors:

The main takeaway? If the ad is targeted to a specific audience, it is likely to be more relevant, causing the audience to interact and convert. Again, knowing how your audience is, is key to your success with Facebook ads. This lowers the cost and increases the ROI.

Wanna get started with Facebook ads but understand you need the help of someone in the know? No worries, we got you! Shoot us a message and we can get you started: social@disruptmedia.co or fill out our contact form.