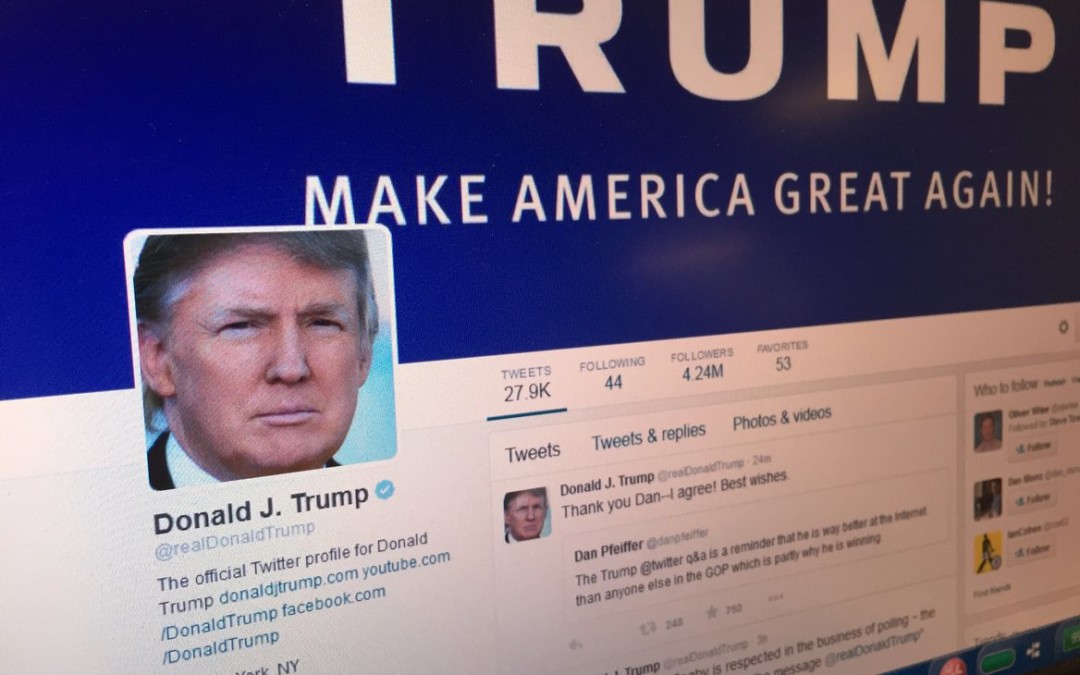 Whether you love him or…not so much, there is no doubt in anyone’s mind that Donald Trump’s defeat of Hillary Clinton in the 2016 Presidential campaign was a total surprise. The extreme organization of the Democratic National Committee in Clinton’s campaign, with it’s massive funding and full-bore media blitz, was touted as almost unassailable. Almost everyone got it wrong.

In an interview with “60 Minutes” correspondent Lesley Stahl this past Sunday evening, Trump gave his sometimes controversial use of social media the credit for pulling off the impossible.

“It’s where it’s at...I do believe this, I really believe that the fact that I have such power in terms of numbers with Facebook, Twitter, Instagram, et cetera -- I think it helped me win all of these races where they’re spending much more money than I spent.”

Trump dismissed his opponents’ use of their huge cash reserves to advertise in more traditional ways, saying that “social media has more power than the money they spent, and I think maybe to a certain extent, I proved that.”

At DISRUPT Media, we’ve been saying the same thing for a long time. The more traditional avenues of marketing and promotion are being eclipsed through the power of social media. Trump’s tweets, and his posts in Facebook and Instagram, were seen by more people at one time than any of the expensive television commercials or newspaper ads put forward by the Clinton campaign and the DNC. It’s no wonder why this is true. Almost everyone who carries a Smartphone has accounts one or more of these outlets, and they typically access them several times a day.

If you own a funeral home, or if you are a funeral product vendor, and you have not activated a Facebook and/or Instagram page to promote your business, Trump’s astounding victory should prompt you to take action…now. If you need help, you can turn to the experts at DISRUPT Media. We are the only full-service social media agency specifically catering to the funeral profession. Go to http://www.funeralsocial.com to find out more about the services we offer. Our clients who are a part of our FUNERAL Social Design Process are seeing an increase in post reach and engagement of over 300%.